2020: 2020 was a good year for music and a bad year for everything else. Quarantines are a boon to home recorders, and we here at Sleeping Brothers Records are no exception. Country Dark Studios got an upgrade (meaning, new mics, audio interface and DAW). SBR released two albums, Night Milk's debut, "Mudlarking"; and the long-promised Two Ones' debut lp, "American Bridge." Along with a smattering of singles and a reissue (or two? I can't recall). 2021 hints at the possibility of the release of the Martyrs' reunion album; a couple of songs are complete, with one, "Somebody Come and Play," already available. We sure do love Joe Raposo around here. Anything else? Probably a sophomore effort from Night Milk, and "Don't Tell a Friend: A Martyrs Anthology" may final see the light of our computer screens (hinted at in 2017). And maybe some other junk. Stick around and "Check out the hiss!"

2020: Did we even release anything in 2019? I don't think so. But a new project's brewing -- Two Ones (it'll either be a duo or a full band, depending on who shows up). One single is in the can (but, for a change, not recorded in the can). Anyway, if we can get our act together, Two Ones' debut, "American Bridge" will be released this year. We are setting up our new studio, Country Dark. It's in the garage. Check out the hiss!

2019: 2018 was a busy year, just not musically. Our newest band, The Glory Souls, recorded one demo. I think that was it. Should you expect nothing this year as well? Maybe. But we've got a new studio up the mountain (as we say out here up the mountain). It's in the garage -- a first for SBR artists who usually record in the basement, bedroom and, quite often, the bathroom. And yes, that Martyrs Anthology is still in the works. Look! There it is! A'comin' down the mountain. Sorry, no, that's just a Subaru. Good thing no one else is reading this. Sleeping Brothers Records: Always* recording, never** touring.

2018: Welcome to the basement. None of the below occurred, though we sure thought about it a lot. Things got away from us. You probably spent the year listening to all of the "____ the ____" bands out there, right? Yeesh. Anyway, check in with Twitter once or twice this year -- we might have some new old music, or old new music, available sometime soon. Sleeping Brothers Records: Always*** recording, never**** touring.

2017: was the 30th anniversary of the roots of Sleeping Brothers Records. The roots being the formation of The Martyrs 30 years ago. In that Long Island basement. What a racket! In addition to maybe possibly new releases, SBR will (he insists) be releasing the long-awaited Martyrs anthology, "Don't Tell a Friend." Check out the hiss! 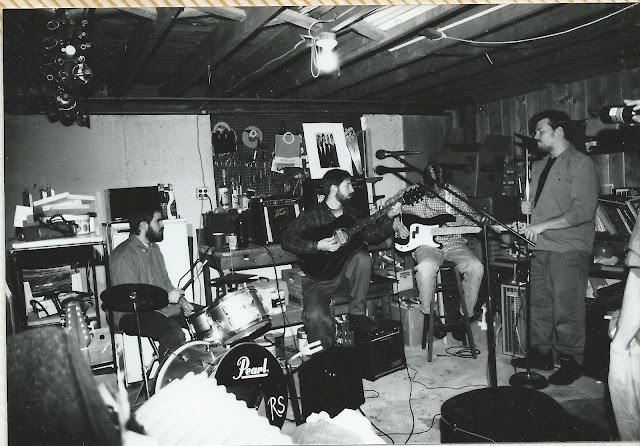 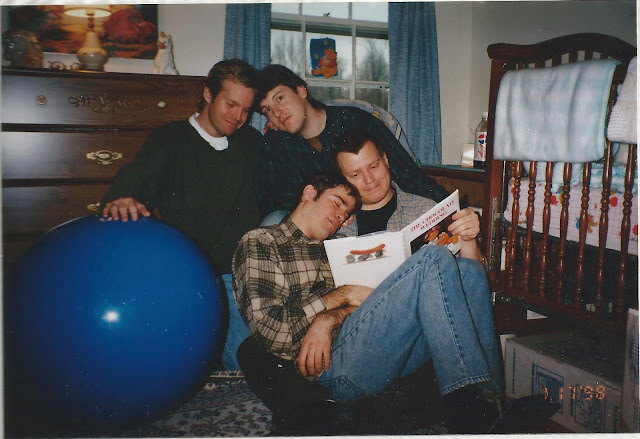 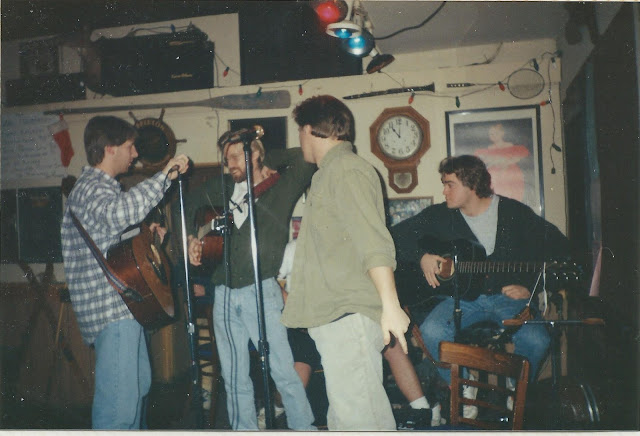 Posted by Sleeping Brothers Records at 8:00 AM